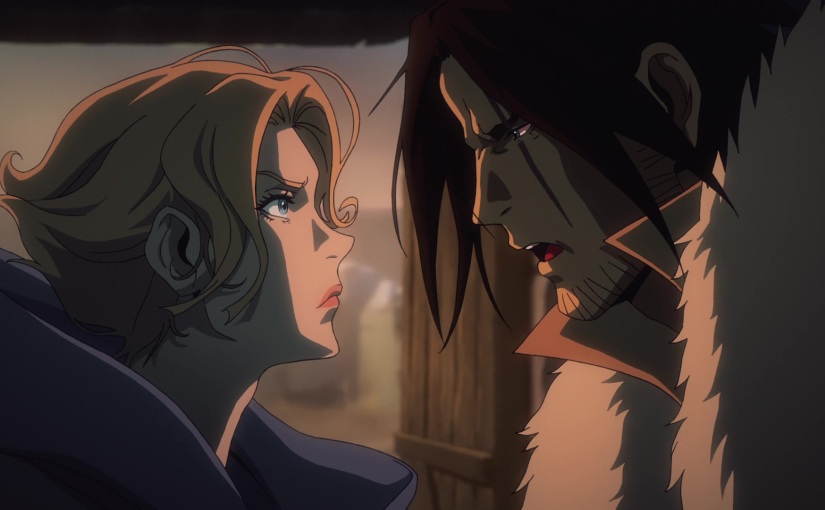 Thanks to Netflix’s Castelvania and the Internet’s unrelenting desire to argue about everything, the ‘but is it anime’ controversy has been reignited in full force. A few months ago, Mother’s Basement attempted to cash in on the debate by proclaiming that “Avatar is an anime. F*** you. Fight me”. Now that one of his sponsors has begun to co-produce anime – a project for which the music video of Porter Robinson’s Shelter may have been a test-pilot – it’s important that we continue to think about how the West has defined anime, and how that definition is becoming problematic. Has it ever been productive to think of ‘anime’ as only what the Japanese make?

In all senses of form, style and subject matter, Castlevania has screamed ‘anime’ to everyone. It’s only the production credits that hold some stubborn voices back from accepting it into the ‘anime’ sphere. If this is anime, they ask, then how do we draw the line between it and cartoons?

We need to revisit ‘anime’, as a loanword, in the wider context of how definitions develop. END_OF_DOCUMENT_TOKEN_TO_BE_REPLACED